Hola from Montevideo, Uruguay! The sun is shining on the first day of February and our first official day of Remote Year. All the remotes are here, settling into the daily grove at our co-work space called Sinergia.

But let’s rewind a day or two. Saturday I boarded my flight in Boston to Miami feeling all of the feels. Leaving actually hit me harder than expected. It’s a crazy thought knowing you won’t see your friends and family for a year. After I finished crying into my beer at the Cisco Brew Pub (Whale’s Tale makes anything better) I got myself together and had a pretty easy flight down to Miami, getting upgraded to the bulk head seat! After literally running to catch my connecting flight to Montevideo, I made it with a few minutes to spare. Our scheduled departure was set for 9:44 PM however, that time came and went and we were still sitting at the gate. Finally, the pilot came on saying there was some sort of mechanical issue with the plane and he didn’t have an eta of when we were set to leave. After about a 2.5 hour delay we were finally cleared for take off. Although not feeling fully confident that the plane was actually safe, I was excited to finally get this show on the road.

I was starving, and luckily the lady next to me was kind enough to share her snacks since we weren’t served dinner until 1:38 AM, which my new friend next to me made sure to wake me up for. After some tasteless airplane food, I popped a sleeping pill and woke up with 40 minutes until arrival in Montevideo. All in all, not so bad.

Remote Year staff member, Dave, was waiting anxiously for us at the arrival gate and from there we took a bus about 40 minutes to the city center. We were immediately given our sim cards (priorities, c’mon), and waited until we were able to check into our rooms. The hotel is just so-so, but the room is clean and will suffice for our month here. The location of the hotel is great and serves free breakfast everyday. Pics of the room below! 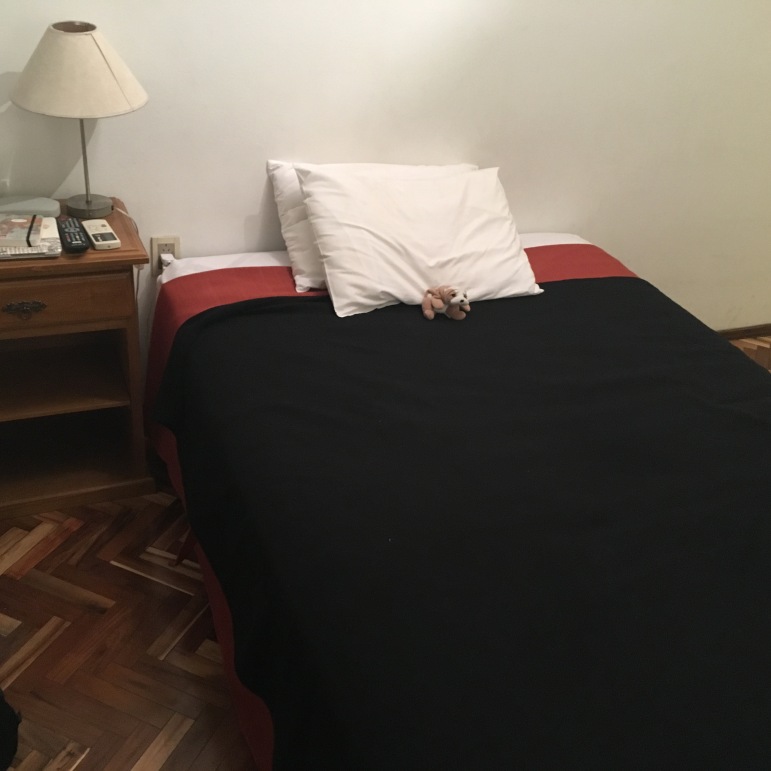 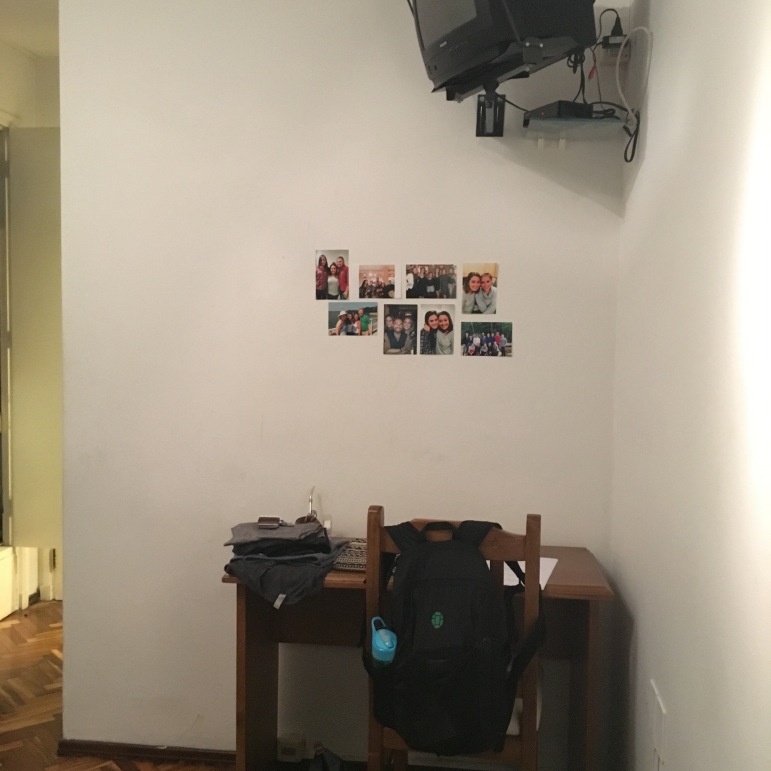 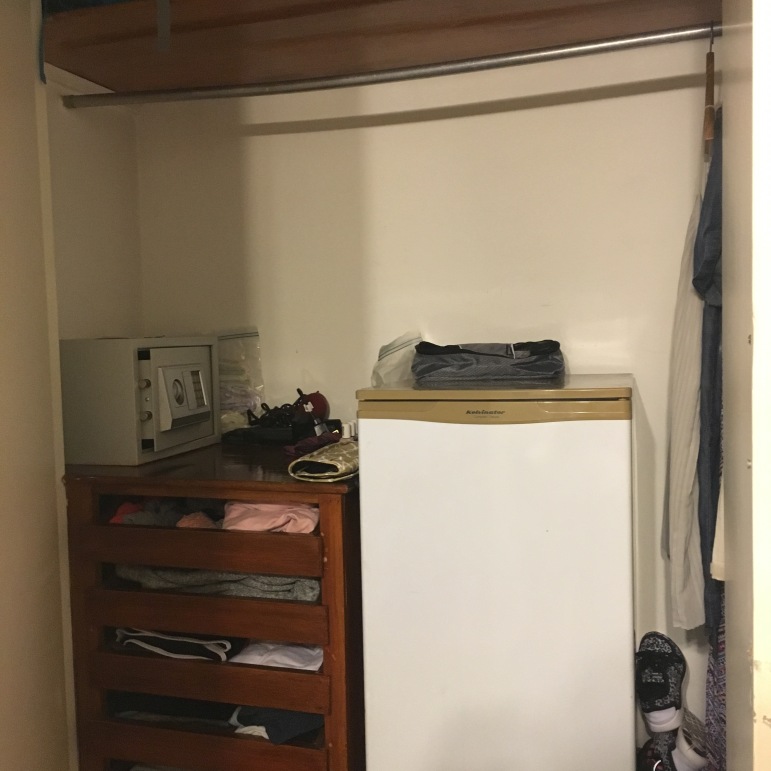 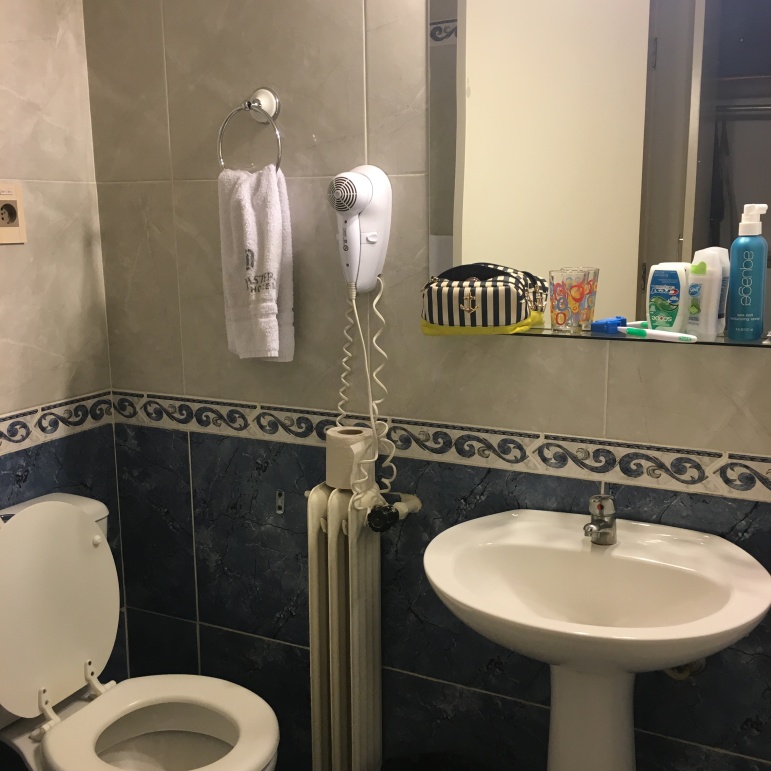 After unpacking I took a walk with some of the others down to a market called Mercado del Puerto to grab some lunch. It is about a 30 min walk from the hotel along pedestrian streets. They actually have streets dedicated to just pedestrians – it’s pretty cool, and not to mention safe. For lunch seven of us decided to tackle a pile of meat that looked like this: 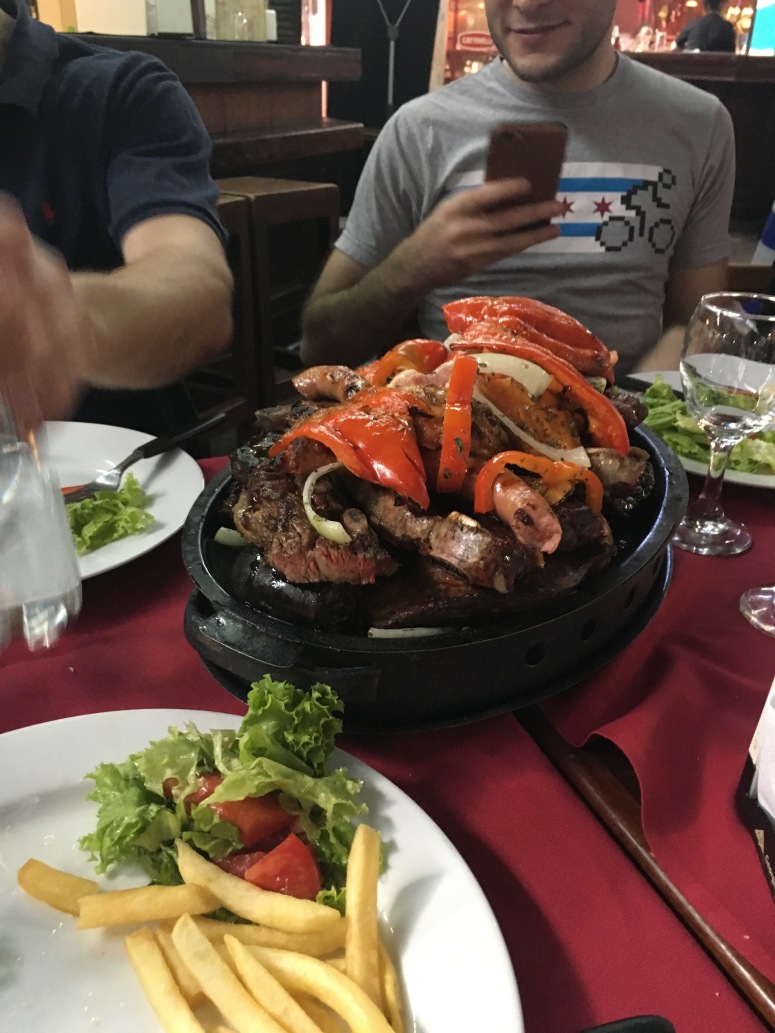 There were ribs, steak, octopus, black sausage, and regular sausage – you name it and it was piled high. The platter said it was supposed to serve seven people – however sadly we couldn’t finish it, although it was delicious.

From there we walked back to the hotel along the boardwalk, which wraps around the coastal city of Montevideo. We watched a Royal Caribbean cruise ship pass us by. 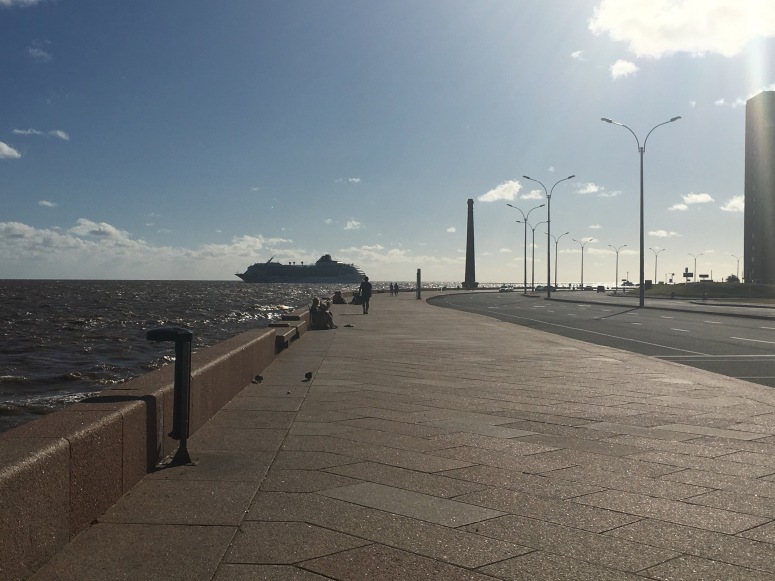 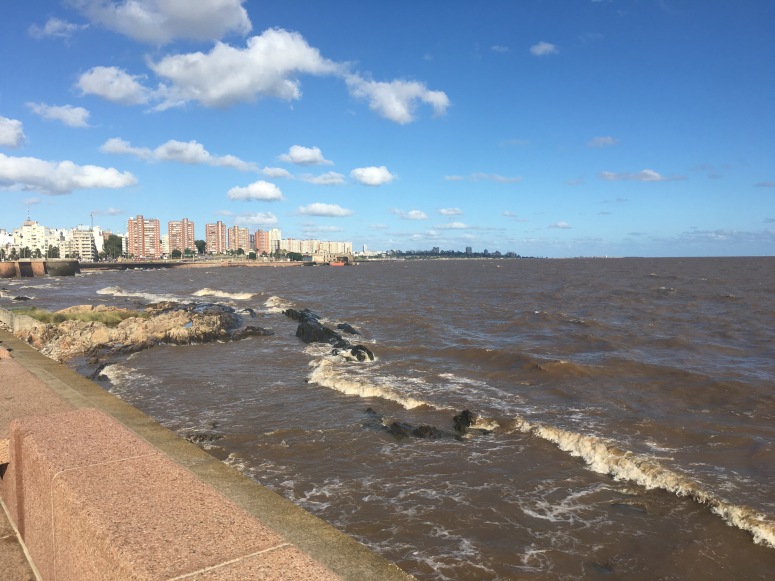 The night consisted of a little bar hopping all while getting to know each other. There are 77 of us so the name game is going to be quite the task. However, everyone seems so great and extremely pumped to be here.

This morning while everyone else had to go start working, I went for my first run and throughly enjoyed the sunshine. I left my phone back at the hotel and hoped I wouldn’t get too lost. From there we had an orientation at our co-work space at the beautiful Sinergia. It’s light, airy, and full of energy. It’s going to be a delight to work here for the next month. 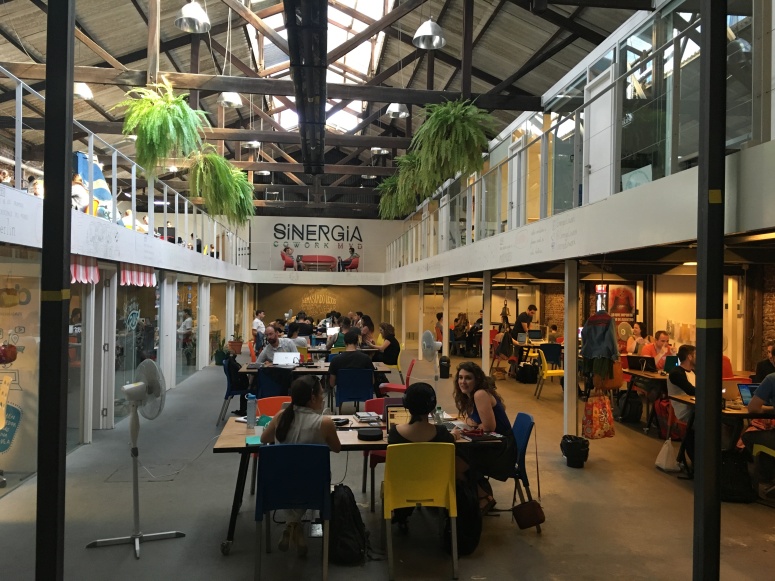 Tonight we have a happy hour with the locals who also work here and many more exciting events coming up in the next month which are sure to be amazing. I can already tell it’s going to be a wild ride. La vida es bella! ♥♥♥

Where in the World is Hannah?